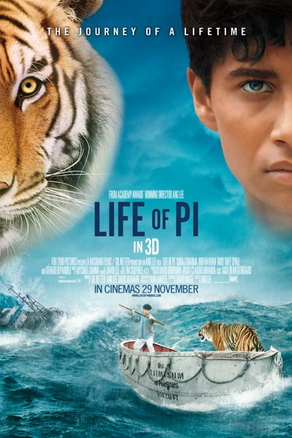 The visuals are spectacular, especially the colors. But most elements beyond the film’s beautiful cinematography are hollow. It has pretense of being a grand tale about faith and the human journey, but in the end is only pretend and lends little or no substantial insight into our existential plight. In fact, by relegating the entire story to that of fiction, of which much of it was too boring to even consider good fiction, it feels as if one has been duped. The only interesting parts of the film (that we believe there are actually wild animals on this bizarre survival ark and a sentient island that eats people) are revealed to be fable, which strips the movie of the small power it has. There is no meaning to be had here. Life Of Pi feigns to philosophize import and lacks something real to say.