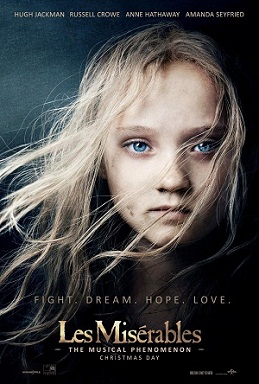 Being that I’m unfamiliar with the specifics of the musical this was a seminal experience for me. I was astounded and deeply moved. I enjoy powerful, emotional film and if the number of times a movie moves me to tears is any indication of how incredible it is, Les Mis perhaps is the most amazing movie I’ve ever seen (not really, but I did cry a lot.) The music is gripping and the performances by this ensemble cast are collectively the best of the year. I have to call out Russell Crowe however as a terrible blemish, mostly musically. He is awful. Singing in a weak head voice with no expression it very nearly sounds like he’s using auto-tune. What a joke. He had no business being in this film. Yet even in spite of his scene-wrecking appearances (each one, without fail) this is possibly the best cinema of 2012.