Couch Critic: The Tree Of Life 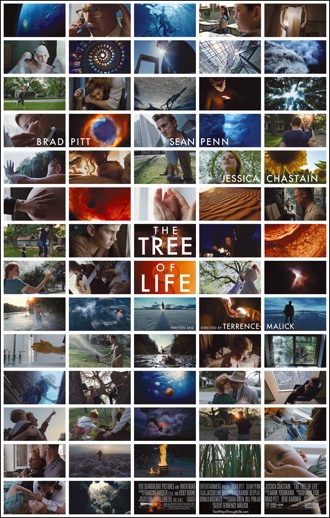 A mesmerizing journey for the senses, The Tree Of Life, for all it does right, sinks its roots deep into Malick’s pretentious theology-art and doesn’t offer any symmetry from which to interpret its abstractions.

The Tree Of Life is undeniably artistic, but it also is selfishly dogmatic. For as expansive as it is in both scope and imagery, director Terrence Malick’s vision, and more appropriately his theology, is surprisingly singular. While the details of what he is trying to say are unclear, the history of life as he sees it leaves less room for interpretation than the film itself demands. He asks viewers to bring epochs of meaning with them into the theatre and manifest personalized symbology from the implicit clips that form these 138 minutes. And it just doesn’t work.

Credit to Malick for trying to make a piece of art that is both broad and poignant. Unfortunately, the only thing to show for the director and his underutilized all-star cast is a sense of what could have been, had Malick pulled in the reigns.

For example, the middle section tells the story of a Texas family in the ’60s. It discloses the troubled relationship between an overbearing father and his eldest son through the use of varied camera shots deftly spliced together in a quasi-montage fashion. Mountains of emotion and tension unfold with scarce dialogue. This masterful feat in filmmaking (and storytelling for that matter) is nullified by the never-ending National Geographic special that precedes it and the insurmountably abstract final act. By the time the credits roll too many things are unclear.

Viewers’ personal (and subjective) interpretations in art are what they contribute. It’s what makes experiencing an aesthetic creation so special. Except, in the end Malick tries to do too much, tries to say too much, rendering attempts at interpretive meaning an exercise in futility. Form and structure are necessary foundations to improvisation and inspiration, but Malick checks the canvas at the door and the audience is left trying to interpret a smattering of colors that have all but bled together.

Maybe if the story of the family had been even more obtuse and without its loose narrative. And maybe if the patriarchal allegory wasn’t so poignant. Or maybe if the act where Malick teaches evolution (but skips a rather important part — oh yeah, humans?) hadn’t been narrated by his private philosophies, this canvas-less abstraction could be just that: an ethereal sensory experience that doesn’t beg for analysis or comprehension. But, contradictory to its own design, the film has a (bit of a) narrative, is strikingly visceral, and is burdened by Malick’s personal odyssey.

On a positive note, the middle section where we follow the young boys of the family around for a summer is some of the most creative work I’ve ever seen on screen. Malick’s portrayal of this pre-adolescent age is so rich and downright accurate that it’s likely to stir the emotions of all fathers and sons alike. And it’s all done with such artful photography and editing (the jump cuts make it feel like the movie is told in memories) that it would be a major disappointment if this film is overlooked in these categories come awards season.

The Tree Of Life, for all of its visual stunner, is a meditation in self-absorption. Anyone not named Terrence Malick is asked to bring too much to the table, making embracing this film a counterfeit task. Yet because of its vast feel and grandiose orbit, many will want to admire it, be embarrassed about not understanding it, and be too afraid to say they didn’t like it.