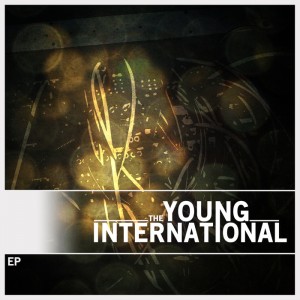 Reliable songwriting and infectious choruses will take The Young International to great heights if they are able to build on the foundation set here on their debut EP under their new name.

As a band comprised exclusively of Christians it would be easy to soundtrack this song as perfect for any number of church camp getaways or late night college praise gatherings, but looking deeper reveals its strong, albeit traditional, chord structure and powerful hook. It’s an uplifting number with an incredible chorus, suitable to be the soundtrack to any love story.

This is The Young International’s lead single and is a good little rocker but not indicative of what fans of the band’s earlier work love about their songwriting. It does sound noticeably better than the single version, which lacked the punch and fullness that the production of the EP edit brings.

“Say Goodbye To The Sun”

Doing their best poppy Radiohead impression, there a real driving uncurrent to this jam. The opening guitar riff tastes just slightly of Amnesiac and the drum pattern is in good taste. One sign of musical maturity is knowing when to pull back and play with the negative space around all the accents. Drummer Thomas Doeve tracks a perfect arrangement here.

A quick bit of history: Indie rock band Lórien released their debut LP, Esque, in 2009. The group eventually lost keyboardist and backup singer Cara Pollock in 2010 and decided to rebrand themselves under the moniker The Young International. This self-titled EP was released on February 1st, 2011.

The Young International is not as adventurous as Lórien was but displays a maturity and better understanding of what it’s going to take to make it in pop industry. This EP displays their movement towards tighter songwriting structures perhaps saving some of their more creative moments for the production booth. Yet this isn’t such a bad thing. Sure the indie aesthetic has all but left the building but what remains are some finely crafted tunes that promise a little more mainstream success for the band through increased accessibility.

Interesting arrangements and catchy melodies are still this group’s forte and they haven’t yet forsaken them. It will be exciting to see what a leaner Lórien does with the space in a full LP as The Young International.

Buy the album on Amazon.com or in iTunes. To find out more about the band head over to their official page.