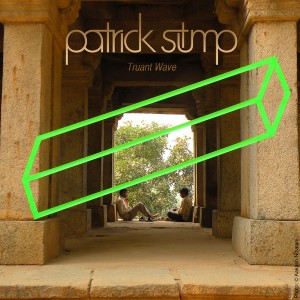 It’s true that it’s Patrick Stump’s right to do whatever he likes, but that doesn’t mean anyone is going to care. And in the case of his first attempt at solo artistry it looks like it’s going to be a pretty dim spotlight.

This is the only track on the EP that seems to have any chance at being memorable. It has some nice harmonic moves and a decent melody but like much of the EP suffers from spastic production decisions and overly simplistic lyrics.

“Big Hype” is the one that feels the most like a Fall Out Boy effort. This is one of the only moments on the extended play that point towards future potential thanks to its anthemic chorus and discriminating vocal usage. The song is eventually drowned out by its two featuring artists and we’re left to wonder if Stump, in the shadow of his former band, is even capable of writing a complete and well-rounded song on his own.

From the opening line it’s clear Patrick Stump misses Pete Wentz, the Bernie Taupin to his Elton John. When left to his own devices the lyrics are full of cheap metaphors and vain grabs at Wentz’s poetic brilliance. Looking beyond the lyrical ineptitude reveals schizophrenic attempts at electro-hop. The beats are erratic and bizarre, and not in the good Animal-Collective-creatively-layered sort of way. Instead Truant Wave reeks of a lead-singer trying too hard to carve his own path as a solo artist.

Stump has proven his vocal ability in years with Fall Out Boy and later via some exceptional YouTube cover songs (most notably a pair of Michael Jackson tunes). Regrettably, Truant Wave doesn’t emphasize his talents and shade his weaknesses. Over-produced and under-developed, this EP is not a good omen for his upcoming full length album, nor his solo career as a whole. In this case it’s best to take Stump’s word for it: “don’t believe the hype.”