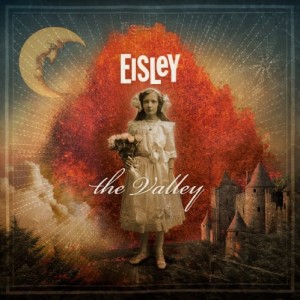 The Valley‘s afflicted nature can try one’s patience, though even the most melodramatic of breakup songs tastes like honey coming from these voices. It’s an album that won’t disappoint fans of indie pop, owing to its clever songwriting and haunting melodies.

A song about a breakup rich with the darkness and anger that piggy-backs on feelings of being wronged, “Ambulance” is a direct recounting of the moment of betrayal singer Sherri endured in her failed marriage. Musically, it targets perhaps the primary strength of the band, which is sisters’ Sherri and Stacy’s vocal tone and command.

This track shows the group’s very real understanding of melody and hooks. It’s a catchy tune that pleads for reciprocity from a lover and will plead to fans for repeated listens.

More angry girl-rock that seems to be about the singer convincing herself of her inner strength more than being aimed at the heartbreaker himself. It’s a chunky guitar jam that nearly fails for lack of an authentic sounding distortion; perhaps this track is better suited for a live environment.

The backdrop for Eisley’s third full length album (and first under new label Equal Vision Records) is “the breakup.” All three DuPree sisters went through heartbreaking situations: Sherri divorced New Found Glory guitarist Chad Gilbert (who subsequently began dating Hayley Williams of Paramore), Chauntelle broke off an engagement, and Stacy went through a painful split as well. So it’s no surprise The Valley is filled with emotionally charged songs steeped in loss.

Some of the tracks take a melancholic approach (“Watch It Die”, “I Wish”), while others are blatantly aggressive, invoking Alanis Morissette (“Smarter”, “Ambulance”). No matter the angle, the album has a very one-track mind: exorcising the pain of the valley these young women are walking in. It gets a bit tepid over time, as the crying and complaining eventually water down the impact of a visceral heartbreak story. But not so much that it detracts from the album overall.

The Valley is packed with song after song of power-pop chorus and indie rock verse. Eisley is coming of age and solidifying its sound. The infectious vocals are still the focus and there is no drought for melody in this ravine. It’s an album that serves as both an emotional fresh start and a musical one, from which they will no doubt ascend and share their “mountain view.”