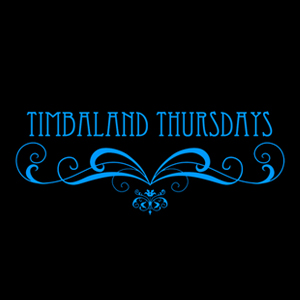 I’m a handful of weeks behind on this one but better late than never. In anticipation of his upcoming album Shock Value III, Timbaland is releasing a brand new free track each Thursday in a feature he’s calling Timbaland Thursdays. It’s an obvious copy (or homage depending on how you choose to look at it) of Kanye West’s G.O.O.D. Fridays — (F.Y.I. Swizz Beatz also jumped on this trend with Monster Mondays, as did RZA with Wu Wednesdays and Snoop Dogg with Puff, Puff Pass Tuesdays).

It’s unclear how long Timbaland Thursdays will last and there is no release date set for his fourth solo album. Six tracks have been released so far. Check back each thursday at timbalandthursdays.com for new music.