Wildly coherent due to a clear polarity of sound and approach. 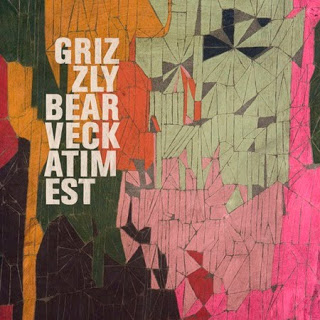 In addition to the attention received from a Super Bowl Volkswagon advert, for which the piano intro of “Two Weeks” is renowned, New York band Grizzly Bear found themselves in the spotlight of much praise upon the release of their 2009 sophomore album Veckatimest.  It’s probable, had it not been for a strong showing by indie competitors Animal Collective, that Grizzly Bear would have produced last year’s #1 album.  Frontman Chris Taylor refers to Veckatimest as “clearer” than their debut release, Yellow House, referring to the album as a bit “more accessible”.  It’s exactly this accessibility that has allowed a wider fan base to develop.  Yet upon a closer listen it becomes apparent that the music here is only “clear” in fits and bursts, and that the continuity of Veckatimest is a bit staggered. However, when approached as a whole, Grizzly Bear have put together a collection of tracks that as a journey from start to finish make much more sense than if one were to drop the needle at random.

These moments in the album that could be referred to as “more accessible” are specifically the songs “Two Weeks”, “Ready, Able”, “While You Wait For The Others”, and arguably “Cheerleader”.  The rest of the tracks fall somewhere in the experimental/connective tissue vein of song.  These parts mean just as much to the album in its entirety as do the more popular-formatted tracks.  Veckatimest begins with a restless tune that can’t decide between it’s folky acoustic leanings and crunchy bass driven refrain.  But it is this polarity that sets the stage for the breadth that distinguishes Veckatimest.

The next track is the most melodically memorable and widely popular song on the album, “Two Weeks”.  With it’s happy-go-lucky flow and beachy vocal layering, it is no wonder this is the single most catchy tune on the album.  Following what is no doubt the most accessible moment of the disc are two of the most sleepy tracks found on the album.  The heavy saturation of reverb reminds one a bit of techniques used by Fleet Foxes and it is at this moment in the album that it becomes apparent that, lyrically, singer Chris Taylor is delivering mostly generalizations and obscurities.  While this poses a problem for listeners trying to feast on a crumb of literalism, what can be seen as a lack of coherence is instead directing focus to a unity of scope that the music aspires to.

“Cheerleader” reaches back towards clarity through a chorus that’s executed in the fashion of a round.  A memorable midtempo tune, it provides enough mojo to carry listeners through the hypnotism of the next track, “Dory”, which is eerie and spacey.  One of few songs that seems to exhibit a blatant connection with its lyrics, Taylor refers to a “watery deep” where “she’s nothing and the water is all”.  The imagery is effectively matched by the sonic mood.

The following song, “Ready, Able” marks a return to clearer listening.  A rather conventionally structured song that contains perhaps the most decipherable lyrics of the entire album.  The next two tracks set the stage for a two-part climax, “About Face” via a giggly Vampire Weekend groove, and “Hold Still” by virtue of its debility develops a desire for something of force to break out.  “While You Wait For The Others” is just that force to which Veckatimest has been leading.  The syncopations and reliance on rhythmic devices help this track rise above the rest and by the time the bridge apexes in a “whoa” it finally feels like we’ve arrived.  This culmination however is two-fold in its personality however, and “I Live With You” provides the doppelganger to “While You Wait For The Others”.  The crashing hits that are both disturbing and stressful in this song are in direct opposition to the positivity of the lyric “yes we can” but it is this dichotomy that well represents the album as a whole.  The disparity between complexity and clarity, between eerie and hope, is just what Grizzly Bear accomplishes so beautifully throughout the whole of Veckatimest.

Without the closer “Foreground” the album perhaps wouldn’t make as much sense.  The sense is that death and heaven are finally here.  In a somber and very sad tone Taylor declares “this is a foreground” and simultaneously seems to be announcing an ending and a beginning.  In a cyclical fashion the final track germinates a longing that perhaps can only be satiated by returning to track one.  Only though repeated sojourns to the musical island of Veckatimest can we begin to truly recognize the value in an art that is “wildly coherent”.