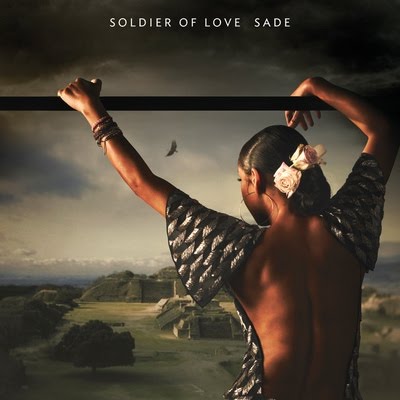 Sade has always been a bit of an enigma for me. I’ve appreciated their musicianship and uncanny ability to set a mood but never been able to fully grasp what is special about Sade Adu and her band. I’ve also never caught their music upon its release, usually finding myself a few years behind. With their sixth studio album, and first new work in ten years, I got on board in a timely fashion and have come to the conclusion that no one can do what Sade does.

It’s easy to overlook an album like Soldier Of Love because it’s so mellow and mournful, but in the minimalism is the beauty. After the lengthy break it would appear that Sade hasn’t missed a beat. In fact, they’ve even found a way to make their timeless brand of sophisti-pop rather current with heavy percussion and crisp production.

The album has a tendency to wane as the tracks seamlessly blend together with a consistency that actually happens to be Sade’s strength. The allure of the sound here is that it’s intimate and subtle, never giving away too much but opening just enough so that the universal pain of the lyrics can resonate with all the heartbroken.

At times Ms. Adu sounds a bit more affected than on previous releases. Whether this is due to a fragile emotional state or simply because time wears on all vocalists is difficult to say, but the distress of her blue notes (many times ending a melodic phrase on the 9th of the chord) conveys an honest melancholy.

The single “Soldier Of Love” is the clear standout with it’s hip-hop feel and combative, almost militaristic, tone. And other highlights include the groovy “Babyfather” and the brief Michael Jackson tribute found in “Skin.”

Overall, it’s an even and reliable release from Sade; and what is most impressive is just how reliable they have been for all these years. Greg Kot of the Chicago Tribune perhaps sums up the album’s ambiance best in stating that “Soldier Of Love presents Sade as a genre unto herself; after 25 years, she remains alluring and subtly rewarding, while still keeping the listener at a safe distance, as if she had even deeper secrets to guard.”