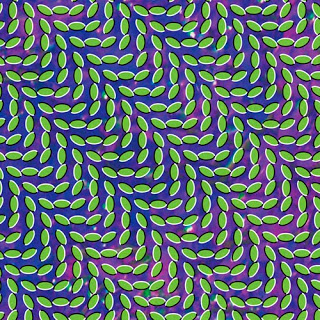 It took eight albums for Animal Collective to break the Billboard 200’s top 20. Yet critics have been praising the Baltimore band for years. The difference this time around in the runaway best album of 2009, Merriweather Post Pavilion, is the immediacy. While many will find that it still takes a number of repeat listens to grasp all that is going on, Animal Collective delivers more melody and dance accessibility this go around, as a summation of all they’ve achieved so far.

Merriweather Post Pavilion is hardly a pop album, however the light poppy flavors are what bring the experimental rock into conversations with albums like Radiohead’s Kid A as some of the best music made in our time. A clear cut favorite as soon as it was released in January 2009, MPP lived up to expectations all year. Yet it must be noted that this is precisely the type of album that critics are prone to acclaim. Animal Collective has a distinctly artsy and indie sound but floats above the masses with music that imbues a soulful optimism. It’s emotional and human. It’s exactly what we ought to praise in music, a transcendental yet connective tissue of tones.

As I mentioned earlier this album will take multiple listens to fully appreciate. The songs are covered with so much ambient noise and sound effects that it can be difficult to sift through. The melodies are more readily available than the rhythms and time signatures, which are often secondary to the atmospheric texture. These odd meter beats and abstract melodies are what simultaneously reduce MPPs pop sensibility while deepening its time-release aesthetic.

The lyrics throughout the album maintain a consistent storyteller perspective. It’s apparent that all four members of the band are in their 30s as well because the content maintains a rather adult voice with the most obvious example coming in “My Girls”, a song about a wife and daughter and “a proper house [with] four walls and adobe slats.” This style of lyricism lends itself to heavy imagery but at the same time is less universal and may be more difficult for listeners to connect with on an emotional level. “Taste” is also notable lyrically with its philosophical query, “am I really all the things that are outside of me?”

“Lion In A Coma” is an inventive jam in 9/8 time. The melody line of the verses is a bit rushed and instead of being a natural extension of the odd meter feels more like its trying to catch up the entire time. However, the chorus repetition of the phrase “lion in a coma” is quite good and complements the 9/8 time signature well.

The album comes to a close with “Brother Sport” which, quite frankly, rocks. The last stanza is golden, sealing the album with these hopeful words: “Until you’re fully grown you’ve got a real good shot. Won’t help to hold inside. Give a real, give a real shout out!” The vocal harmonies and counterpoint found here, and on numerous other tracks (see “Guys Eyes”), are reminiscent of Brian Wilson’s work with the 1960s-era Beach Boys.

In reaction to Merriweather Post Pavilion receiving undisputed accolades as the best album of 2009, I can understand the commendation simply because there is nothing quite like it. I must admit however that had it not been for the critical acclamation I likely would have overlooked this release. For those of us who listen to a wide array of music, from TV On The Radio to Radiohead to radioplay (read as Justin Timberlake), Animal Collective will at first appear messy and hard to digest. However after soaking in the tunes for a few weeks the better word to describe Merriweather Post Pavilion is “hidden”. It will be difficult to understand but if you chose to invest in the sounds it will continue to give back gem after gem much longer than your standard pop LP does.