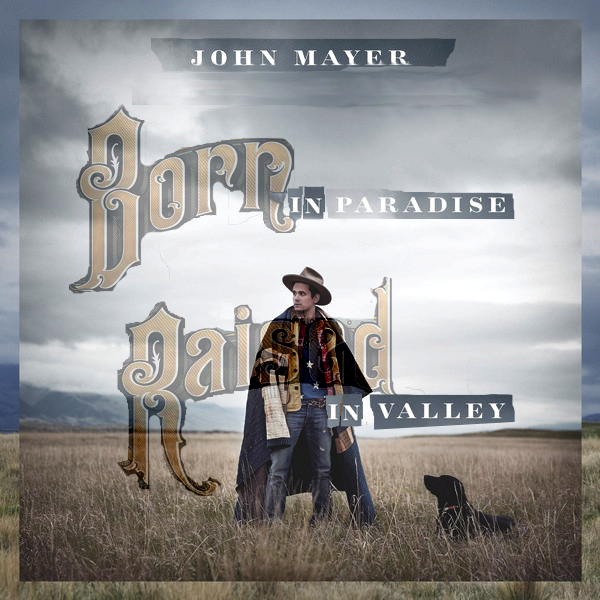 John Mayer’s latest album Paradise Valley is another expedition into the folk-country territory of his previous release, Born And Raised. For the majority of his career he has made a progression of moves in style and approach from LP to LP. He began as a teen-crush strummer, songwriting acoustic sing-a-longs for the college kids on Inside Wants Out and his debut studio album Room For Squares.

From there he grabbed his electric guitar for Heavier Things, experimenting more with pedals, amps, and sonic textures. His next step was to take a break from all the pop music and let his axe chops shine in the bluesy jam-band John Mayer Trio’s Try!.

Combining the blues edge and pop songwriting of his previous two albums, he came out with what is perhaps his magnum opus thus far, Continuum. The forward momentum continues, serving up a brilliant live album (Where The Light Is) that stands as a tasteful summary of the three primary styles at John Mayer’s disposal: acoustic singer/songwriter, the blues, and plugged-in pop/rock.

Battle Studies marks probably the first sign that progress is slowing. It plays like a mix of his second and third LPs but with heavier-handed production. Texture is more prominent as it seems the studio became the playground instead of the fretboard.

By the time Born And Raised hit shelves Mayer had moved to Big Sky country and had embraced the folksy sounds that might accompany such a lifestyle. After so much layering and variety on the last album, it was a genius move to strip it back, tone it down, and focus up the concept.

So the only question left in 2013 was what is next for the John Mayer timeline? Sadly, rather than continuing to grow, it seems he is content moping about Montana and re-hashing the same concept from last year. Given the short time inbetween releases and the strong similarities between albums, it’s my thought that these songs were written at or around the same time. As such it would have been better to consolidate it into one album packed with all the goodies. But in the music landscape today being prolific is valued over boiling down the product to its critical mass. More is better, dilution is acceptable.

I’m not satisfied. So I put together what I think should have been. An album of 14 songs from the last two LPs that make sense in this chronology. I call it Born In Paradise, Raised In The Valley. I hope you enjoy it (better than the actual albums.)