Couch Critic: The Perks Of Being A Wallflower 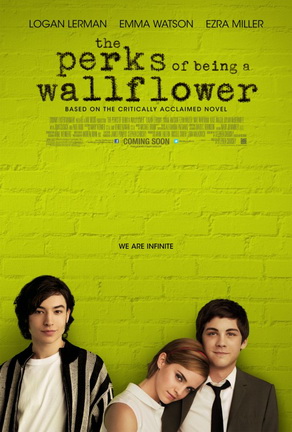 Truth be told, The Perks Of Being A Wallflower is a high school movie. But not of the Glee or MTV variety. As it’s based on a novel it has certain literary leanings that save it from the twice-baked cheerleader/jock/nerd formula. That said, the characters are overtly precocious, as your usual coming-of-age movie allows, and generally feel too good to be true. Yet every slight I can conjure is of the best and most agreeable kind. The teenagers are dealing with real issues, the kinds of problems adults and adolescents alike must face. The script is smart and evenly played with just the right dose of each scene, spending screen time in the appropriate places and with the correct subjects. Mostly though, it’s an emotional and heartfelt melodrama. It’s touching intellectually, socially, emotionally, psychologically, and is a true ode to the introvert and how he or she walks this life on a fine line. I was lifted.