Set The Wayback Machine To 2009 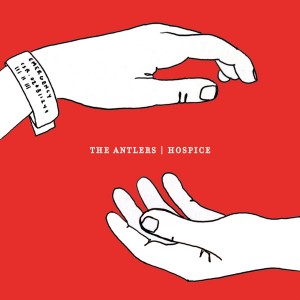 Each year i compile as many “best albums” lists as i can in to one master index. the order of this master index, which i will refer to from this point forward as “composite list”, are based on where the albums ranked in each of the “best albums” lists used — lists that are sourced from publications and websites ranging from the likes of Rolling Stone to cokemachineglow. Before i begin posting stories about 2010 i wanted to take a quick look back on 2009 by unveiling my own Best 20 Albums Of 2009 list. [For 2008’s composite list, go here. For 2008’s awards go here.]

Over the last few years i have been hosting a kind of “awards show” on whatever site I’ve been running at the time. This show, which really is nothing more than a fancy blog post, bestows varied commendations on the notable albums i had the opportunity to explore during their respective calendar years. However, as one can usually find me riding the Mainstream Express on its way to Poptown i often miss out on many of the most critically acclaimed releases.

To account for this voluntary oversight i spend much of the following year listening to these “best” albums, playing catch-up, and offering my own opinions along the way. I listen to the top 50 albums from the composite list and rate each and every song on my way to an internal consensus. It should be noted that my final list is inevitably driven by my ratings of the individual songs on an album and less so by the work as a whole. although, i do reserve editorial authority to circumvent this system of ranking (evidenced by my inclusion of Grizzly Bear’s Veckatimest in my top 20 — i think this album is a masterpiece as a whole but rather lean on a song-by-song basis).

In due process I’ve developed my own list of the Top 20 Albums of 2009. The only requirement for entry is that the album was a part of the consensus top 50 of 2009, or composite list as determined by the aggregate of critics’ “best albums” lists. So without further delay…

To preview selected tracks from the 50 Best Albums Of 2009 click on the iTunes playlists below.