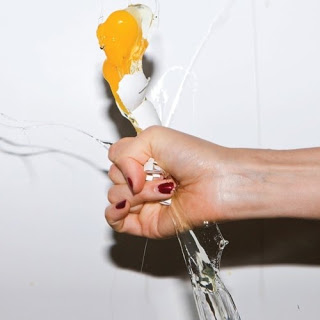 One of two indie albums with electronic leanings to be included among 2009s best is Yeah Yeah Yeah’s It’s Blitz! (the other being the fourth studio album by French band Phoenix). With its heavily 80s-influenced sound and dance-driven production, Yeah Yeah Yeah’s third album likely will sour quickly as the style, while fashionable now, is hardly timeless. Yet the time is now, and the New York trio manage a genuine emotional depth in the midst of shiny new wave tunes.

While the first two tracks could appear to be lobotomized for the sake of danceability, it is precisely the object of the dance floor that fosters an appropriately emotive lyric. In “Zero” lines like “get to know it in the dark” and “get your leather on” point towards the power of dance. There is a feel here that, at least for lead-singer Karen O, the dance floor holds the answers. It seems that by telling us to “dance, dance ‘til your dead” she is divulging the transcendent secrets of the dance floor.

“Skeletons” displays Yeah Yeah Yeahs true victory on this album, however, in its attention to dynamics and layering. Even amongst the tall trees of producer Dave Sitek’s glossy sound, the dramatic overtone of O’s lyrics soar above the canopy. It’s the profound songwriting that refuses to allow the technicolor coating to choke out its meaning.

Just before the halfway point of the album is “Dull Life”, a tune that might be implicating consumerism’s power to imprison, and it’s ironically at this moment that self-awareness sets in and we realize that this is a pop album. With standard verse-chorus-bridge-chorus structures and easily digestible melodies, It’s Blitz! is largely a rather radio-friendly release. While it doesn’t have as much progression and development throughout as some of the other praised albums of 2009, it makes up for this lack of experimentation in its accessibility. It tends to be a release that works quite well as individual singles and while it does maintain a flow, it’s a bit more predictable in its direction.

Other songs worth mentioning are “Dragon Queen” for its indie funk and Phoenix-esque club flair and “Hysteric” as it is rather exemplary to Yeah Yeah Yeahs ability to create a mood and remain honest and organic amid the heavy compression and manufactured sound.

Primarily, the trio are successful here due to a candid blending of human touch and electro-programming. Diametrically hysterical and subtle, modern and retro, It’s Blitz! is a feat in aesthetic candor.