The xx’s successful debut is damp and anxious, yet never loses focus as a sexy minimalist love diary. 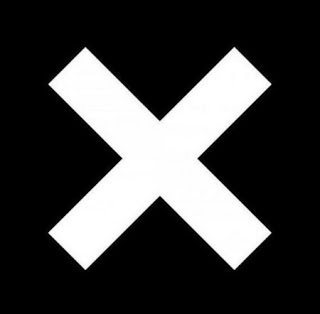 Dubbed as one of the best debut albums of 2009, xx thrust English band The xx into the indie rock limelight rather quickly. Released in the latter half of 2009, xx was considered to be a wildly original and promising premiere. The tone is brooding and deep, caked with reverb in a minimalist aesthetic. Permeating the tracks are tales of unrequited love and adolescent longing which would seem to be in direct contrast to the maturity displayed in this coherent debut release. Yet xx is comfortable in itself; it’s not trying too hard, but exercises confidence in an honest effusion of its identity. Many artists take multiple messy albums to stumble upon a release as self-assured as this, but The xx have accomplished such a feat in their first attempt.

In many ways, xx is the antithesis to albums like Animal Collective’s Merriweather Post Pavilion and Dirty Projectors’ Bitte Orca. Instead of employing tactics of saturation and layering, The xx rely on vulnerability and sparsity. Where Dirty Projectors take every iota of their weird originality into a song, The xx keep it simple and straightforward, structuring their pieces much more like pop songs than strange indie processions. However, these aren’t “pop” songs per se. Most of the tunes are dark and shadowy, electing for a naked and even cold disposition over bright and hopeful pop music.

The introductory instrumental, “Intro”, sets the mood for the bare sensuality that is the pronounced atmosphere of the album. With electronic stop-and-go beats similar to the field of trip-hop, xx begins on its journey through tunes that possess both what is hot and cold, at times seeming to inhale frost yet radiate steam.

The following two tracks are “VCR” and “Crystalised” which both speak of love’s quandary. Each song was released as a single and stand out as some of the stronger material on the album. “Islands” continues the theme of melancholic devotion, exploring the catch-22 of the safety of relationship and the coincidental extinguishing of other alternatives, and “Heart Skipped A Beat” further plays on the Shakespearean proclivity for tales of unrequited affection.

The motif of love and loss is consistent on xx and the back and forth vocal approach of singers Romy Madley Croft and Oliver Sim lends to the relational subject matter of the album. As lines are sung in a conversational style, with female and male vocals interchanging, it tends to put the lyrics further in a dialogue context.

Some of the The xx’s best moments are found on the latter half of the album. “Infinity” is one of those occasions, inducing memories of Chris Isaak’s “Wicked Game” by way of an identical chord progression. The guitar and reverb inevitably also contribute to the likeness between “Infinity” and the 1991 pop/rock hit. Moody pieces “Stars” and “Night Time” equally add to the congruence of xx and it’s evident upon wading through the eleven tracks that while it might not be the most breathtaking music ever put to tape, there are certainly moments that take your breath away.

The adolescent lyrics evoke emotions everyone has experienced. It’s a time of teenage angst and sensationalized drama that can so easily be overblown by exaggerated songwriting and production. Instead, The xx strip down the songs, avoiding the trite and cliche through a mesmerizing simplistic delivery. What could easily have felt vapid and overdone is neutralized by subtle and crafty instrumentals.

If there is one thing that is unsettling about this release it is that xx is so understated that it leaves a want for more. More so, it’s unclear whether this desire is for more of the same or for The xx to break free of the calculated restraint of the album. There’s is a reluctance to be effusive here that is unnerving. The sustained reticence stirs up a feeling of restlessness, like there is something bubbling up inside that needs to scream. Each time the record plays it’s as if this might be the time The xx let it all out. The inhibition perhaps is what makes xx such a beautifully subdued album and keeps listeners coming back for more.

Warning: Invalid argument supplied for foreach() in /home/jonatha0/public_html/wp-content/plugins/netflix-rss-feeder/netflix.php on line 450