Not content to follow suit, Dirty Projectors’ use of space opens the sonic horizon to a dimension undefinable. 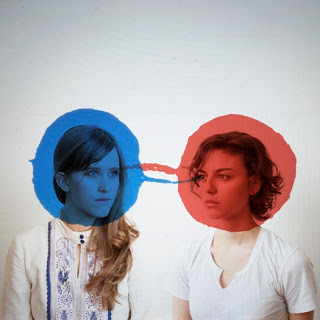 The word “horizon” comes from the Greek “to limit” and can be defined as the apparent line that separates the earth from sky. Often times the idea of the horizon is used metaphorically to represent that which cannot yet be seen. In Dirty Projectors latest release, Bitte Orca, leader Dave Longstreth says “yeah I wanna remake the horizon” in the aptly named song “Remade Horizon”. It is unclear exactly what he means by this line but the application of the phrase to the album itself is quite plain. Dirty Projectors have remade the musical landscape, simultaneously rendering their music undefinable and impervious to critique. They’ve remade the limitations and left dissenters speechless with a sound that defies genre and embraces discontinuity.

Bitte Orca however isn’t without its approachable moments. The first single, “Stillness Is The Move”, is easily the most pop-friendly track of the album driven by a solid beat and familiar song structuring. But moments such as this are hard to come by on the 9-song LP that is chock full of sparsity and weirdness. More so, it’s precisely because Dirty Projectors are able to make a bouncy pop tune like “Stillness Is the Move” that they have the liberty to create an album as eclectic as this. If Longstreth wanted to, it appears he could make countless more pop tracks, as it would hardly seem this was a fluke, and as a byproduct of his capacity to step in and out of the “pop-strophere” it is less alarming when he choses to “remake the horizon.”

Although Dirty Projectors have been described as a more accessible Animal Collective, the abstraction and strangeness of Bitte Orca would easily give the boys from Baltimore a run for their money as Most Undefinable Band. The amplification of members Amber Coffman’s (vocals, guitar) and Angel Deradoorian’s (vocals, keyboard) roles in the creative process spawned the most palatable song (“Stillness Is The Move”) yet also widened the dissimilarity from track to track. Longstreth stated that he wanted the album to serve “as a gift or homage to each one, to try to explode their temperaments into individual numbers…trying to widen the temperament of the band a little bit, to be Dirty Projectors but also have these new, different sort of flowers within the bouquet of the sound.” In relying more on the concept of a band as a whole, Dirty Projectors strove to make the bouquet as vibrant as possible and in doing so lean heavily on colorful imagery. From “Temecula Sunrise” to “Fluorescent Half Dome” the album doesn’t get caught up in a lot of literal lyricism instead choosing to paint a sonic picture.

On the contrary, “Two Doves” is perhaps the most overt lyrical effort of the album as it stands a quaint little love song. Less complicated than the majority of Bitte Orca there is a strong sense that “Two Doves” is in effect “wrapping up” Side A of the album. Consequently, “Useful Chamber” then posits as the opener to Side B. With a driving beat and electronic feel “Useful Chamber” jumps around from disconnect to disconnect and is conceivably the wildest ride of the album. “No Intention” follows behind and is important for its kindred relationship to “Stillness Is A Move”. Above a foundation of handclaps and scattered bass is a rather elementary melody. Yet, the child’s play is a welcome escape from the challenging terrain traversed thus far and serves as an aural palate cleanser.

As discussed earlier it is nearly impossible to critique this highly original and amorphous release. In the spirit of this realization, there are at least two conclusions that can be made of Bitte Orca: (1) Dirty Projectors have created an album that demands you pay attention or get lost in its craziness, and (2) like most great albums, this one’s a bit of a grower.