Throwing Quarters: U2 | No Line On The Horizon 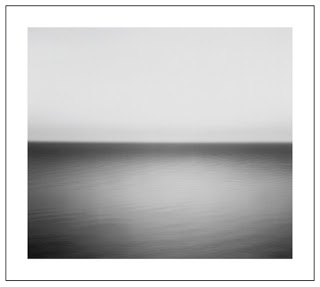 a friend of mine asked me for my take on U2’s new album, so i decided to share my thoughts here.

first off, the caveat: i’m not a U2 critic although i am a U2 listener. i’m not “a big fan” of U2 but i have listened to every album they’ve released so i do have some knowledge of their body of work. i do not consider myself a critic of U2 because i don’t usually analyze their music. their music for me is something that i typically give 3 out of 5 stars, it’s not great, but it’s good, and it’s always consistent.

on their next album, “How To Dismantle An Atomic Bomb”, the formula remains the same, only the names change. “Beautiful Day” has become “City Of Blinding Lights”, “Stuck In A Moment You Can’t Get Out Of” is now “Sometimes You Can’t Make It On Your Own”, and “Elevation” is the eerily similar older brother to “Vertigo”. of course, the melodies are different, the chord progressions have changed, and the lyrics are not verbatim, but the purpose that each track serves is identical. the feel that these three personalities bring to each U2 album remain staid.

then on the most recent release, the album in question here, “No Line On The Horizon”, “Beautiful Day” is as “I’ll Go Crazy If I Don’t Go Crazy Tonight”, “Stuck In A Moment You Can’t Get Out Of” is found in “Moment Of Surrender”, and “Elevation” is mimicked in “Get On Your Boots”, the lead single.

the complaint here is not that the formula doesn’t work, it really does and will continue to work for as long as U2 want to make music; no, the complaint here is that this isn’t the best that U2 has to offer. 18 years ago U2 ventured down a road that took nearly two decades of wandering to right itself again. this road began with “Achtung Baby” and culminated in “All That You Can’t Leave Behind”. but this road was not aimless and wasted. the experimentation U2 implemented on subsequent albums “Zooropa” and most notably “Pop” showcased a propensity for art that many who have only heard their last three albums would never know they were capable of. it takes a few miscues to get it right, just ask Radiohead who have alienated a number of critics and listeners alike for their electronica diversions found in “Kid A”, “Amnesiac”, and “Hail To The Thief”. but eventually they found their way and produced a masterpiece in “In Rainbows” that may go down as one of the best rock albums of the past few decades, rivaled only by their own “OK Computer”. but i digress…

the point is, if U2 is the “greatest band in the world” they need to make music that sounds like it’s the greatest in the world, not simply more of the same. Bono claims in the lyrics of “I’ll Go Crazy If I Don’t Go Crazy Tonight” that “the right to appear ridiculous is something [he] hold[s] dear”. if this is true, appear ridiculous! please! do something that is risky. make an album just for you, not for the throngs of listeners who would follow you to the ends of the earth. in fact, you can be as creative and experimental as you want and they’ll like you regardless.

the lyrics throughout the album lack clarity, save for the one poetic gem “Cedars Of Lebanon”, and are littered with 21st century vocab stunts such as “force quit and move to trash”, “restart and re-boot yourself”, and “the DNA lotto may have left you smart”. frankly, Bono is capable of more than these gimmicks.

in addition to the regurgitation of past hit songs, there are also reworked melodies strewn throughout, most easily caught in “White As Snow”. if you’re wondering why the song reminds you a bit of Christmas, it’s not because it’s talking about snow, it’s because the melody is torn straight from the pages of your hymnal (“O Come, O Come, Emmanuel). overall, the effort appears to be lacking. this album just feels lazy. come on U2, sing us a new song.

some positive notes for you optimists out there…

there is a sweet guitar riff that drives “Stand Up Comedy”, my favorite rock jam of the album. and there are a lot of decent songs on the album overall, in fact the majority of them are decent, just not great. “I’ll Go Crazy If I Don’t Go Crazy Tonight” is my favorite track on the album because of the uplifting chorus (which you can always count on from U2) and “Moment Of Surrender” is also an enjoyable listen.