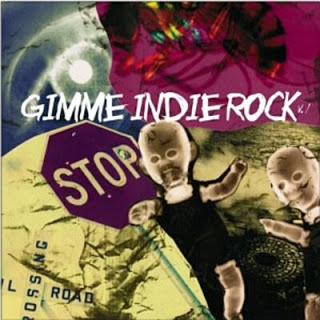 so for a long time i despised indie rock. what once stood for “independent” rock (due to the fact that it was released on independent record labels vs the large conglomerate labels) has now become it’s own genre of anti-pop music. indie rock used to and still at times conjures into my mind’s eye visions of soundtracks from films the likes of garden state and juno (garden state i hate, juno i love, by the way). but now, i feel free to say that i don’t dislike indie rock.

but notice the choice of words here: i don’t dislike. a double negative. serving the exact purpose to not bestow approval or favor upon the genre. i won’t say i don’t like indie, or that i like indie; i don’t dislike indie.

i’ve decided that this is the reason why so many critics’ end of the year lists for best album are littered with indie rock. it’s hard to dislike indie. it’s so unoffensive and tolerable. as a self-crowned critic i would tend to think that it’s easier to find pop music offensive than it is indie. pop is meant to get your attention, and it will succeed, one way or another. whether the response is to turn up the volume or drop your radio out the 4th story window (who has a radio anymore?), you will not be able to ignore response.

you can’t win as an opponent to indie. resistance is futile. and if you’re a music critic you must join or be considered obsolete. so yield we do.

i must make this disclaimer however: there is indie music that i’m beginning to like. thanks to a developing appreciation for stripped-down melancholic songs, i’ve found a taste for particular pockets of indie rock. this indie must meet certain criteria though. the first of which is a knack for melody. what is music without melody? the second is a consistent song structure. indie music is still technically in the pop realm, and needs to have verses and choruses, or at least sections in pattern. the third criteria is that it still must be music. none of this weird for the sake of weird stuff, and none of this lazy production and musicianship garbage. an indie artist must first master the craft before they are permitted to destroy the beauty of music with sloppy uninspired noise.

but let me finish on a positive note. i’m open to indie now whereas before i didn’t even give it a chance. and i imagine that as i understand more the feeling and emotion that these artists pour into the songs, i will like it more and more.