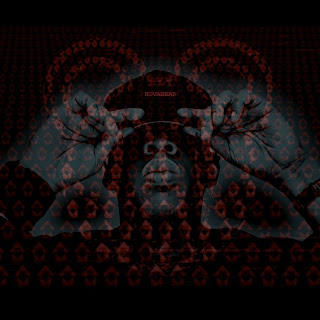 In the gloaming of the weeks before the 5 year anniversary of Jay-Z’s “The Black Album” it seemed appropriate to engage in a collaboration of two of the music industry’s elite artists. Where the musicality of Radiohead and the truth of Hova collide is in a project aptly named HOVAHEAD. “The Black Album” acapellas produced one of the most prolific mash-up discographies known. Yet, no one until now has tackled the marriage of one of rock’s most creative acts with the jigga-man himself. An album that is both purposeful and playful as Carter’s lyrics find new meaning atop the passionate tunes of some of Radiohead’s best work. Inspired by the intuitive fusion of “Dirt Off Your Shoulder” with the Radiohead b-side “Paperbag Writer”, Hovahead brings you “The Blackhead Album”.

1. Meeting In The Interlude
2. All The December I Need
3. What Myxomatosis Can Say
4. Encore In Its Right Place
5. A Changed Kid
6. Dirt Off Your Paperbag
7. Threat Might Be Wrong
8. Moment Of Lurgee
9. National Problem
10. Optimistic Service Announcement (Interlimbo)
11. A Thug At A Wedding
12. Climbing Up Lucifer
13. The Allure Tape
14. My 1st Nude